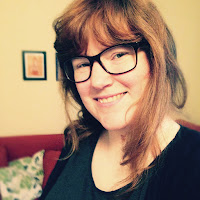 The National Film School of Denmark

The National Film School of Denmark


2011                     "Du velger selv" (it's up to you)
Internship at Mikrofilm. I worked with 2D animation, colouring of animation,
building the sets for the backgrounds and a small amount of production management.
The film is an animated documentary directed by Kajsa Næss.
Oslo, Norway
Mikrofilm AS


2009 - 2012          Foretagsomheden
Voluntary association located in Djursland that encourages people to share their
knowledge and learn from others, letting the love of work sprout and creating an
environment for growing self-sufficiency, with a helping hand from friends and
strangers.
Skarresø, Denmark

I have a Bachelor of Arts in Character Animation from The Animation Workshop, Denmark. My main focus in animation is 2D animation, but I also have experience with 3D, and I do illustrations as well. Furthermore, I have a lot of experience with digital cell painting.
drudepost@gmail.com
+45 28343979